Crestwood was actually originally known as Beard’s Station during the early days of the railroad in the 1850’s. During that time, much of the countryside landscape was vast hardwoods. In 1839, Joseph Beard purchased 263 acres to farm in and around the area now known as Waldeck Farm. Throughout the years, he accumulated vast tracts of land and through his foresight and philanthropic disposition, became a potent factor in the development of the community. Joseph Beard took advantage of the fact that the railroad was being extended from Louisville to Frankfort. He demonstrated his public spirit by donating ground for the railroad. He built a warehouse where the rail line and Kentucky Highway 329 intersect which became the station. Beard became one of the few individual owners of a railway station in his day, known as Beard’s Station. 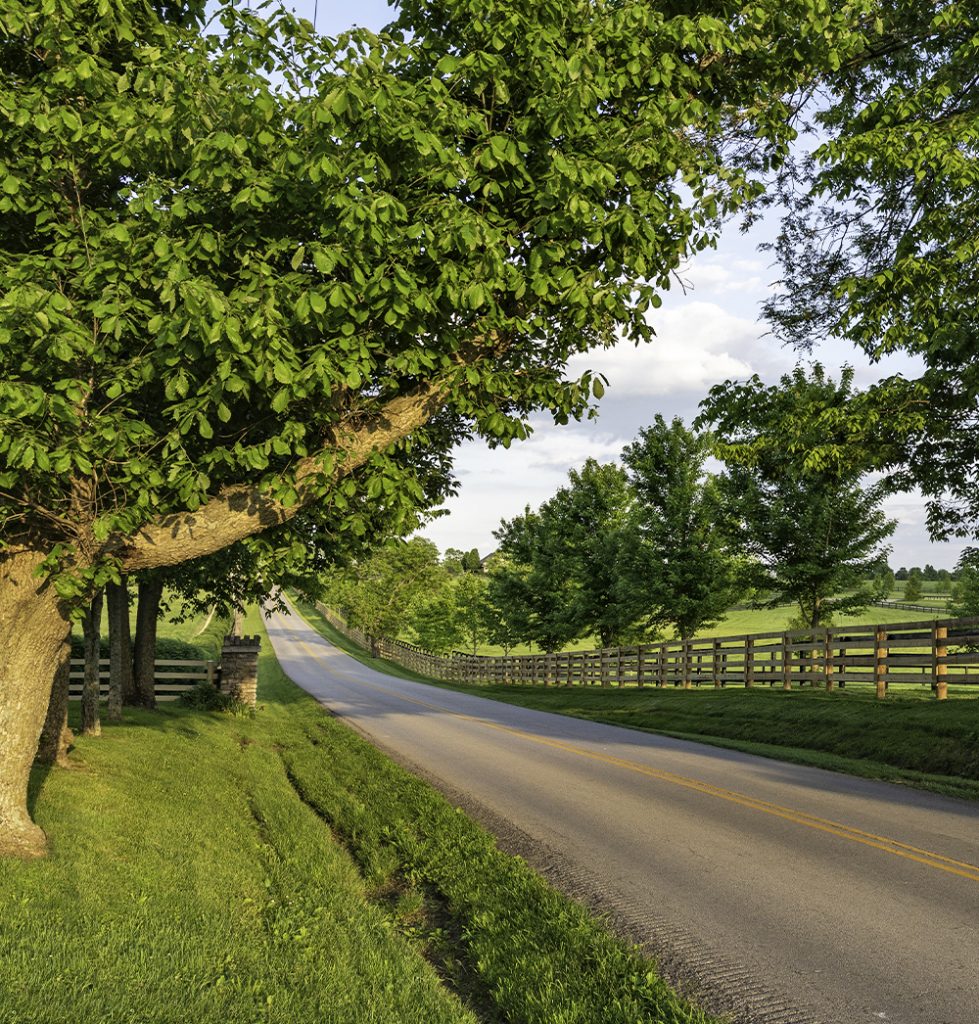 The Louisville and Frankfort rail line, laid in 1851, and the Interurban Railway, laid in 1905, were the reason for the rapid growth and development around Beard’s Station. It brought people from Louisville who were looking for a country place to camp and vacation and to get away from the hustle and bustle of city life. Locally during that time, Camp Kavanaugh was a religious campground used for refreshment, both spiritually and physically. Prior to the train, the mode of travel was via stagecoach which contributed to the development of outlying areas of Beard’s Station known as Brownsboro, Floydsburg and Centerfield. These areas are now within the Crestwood zip code.

Many businesses were developed in this time period. In addition to a post office, three distilleries, several livery stables, a horse farm, a creamery, grocery stores, a meat market, and a bank that dated back to 1869 were thriving in the area. In 1880, “Beard’s Station” was shortened to just “Beard”. Likely as a wisecrack, railroad engineers began to call out “Whiskers!!” instead, which townsfolk were not too pleased with. A name change was felt to be in order.

In 1909, the name of the station and community was changed to Crestwood likely from the fact that it lies right on the crest of a ridge and was a wooded countryside, and possibly to avoid being referenced as “Whiskers”.  The railroad track runs right along that ridge and according to town elders, “if you let a drop of water land on one side of the rail, it will go to Curry’s Fork and Floyd’s Fork and the other side would go to Harrod’s Creek.”

Even with the Interurban railway increasing access to Crestwood, it remained mostly a farming community until the late 1960’s. The town had its own elementary and high school until Oldham County High School was built in nearby Buckner in 1953. Post World War II, Oldham County became well known for seed production and was considered the top producer in the United States—and possibly the world—of orchard grass seed. In 1952, the first annual National Orchard Grass Festival, sponsored by the South Oldham Lions Club, was held on the grounds of the original Crestwood School (Highway 146). The festival was used to promote the use of orchard grass seed in pastures. The festival included a much touted beauty pageant, orchard grass seed judging and a potluck supper prepared by the Lions Club.

Local community groups such as the Civic Club, Lions Club and volunteer fire department took the lead with regard to public improvements and safety. Finally, after 30 or so years, public water service reached the area in 1965. With this amenity, much needed residential and commercial development enlivened the farming community. One of the first subdivisions to be connected to the new utility was Clorecrest. After that, major housing construction began and long-time residents were pleased to “share the good life” with new residents. The City of Crestwood was incorporated on May 27, 1970.

Interstate 71, which was constructed in 1969, along with the high quality of Oldham County education, catapulted Crestwood to become a favored residential living destination. In 1989, this continued development allowed for the construction of the second county high school, located on Highway 329 bypass in Crestwood. South Oldham High School as well as South Oldham Middle School and three elementary schools, Camden Station, Crestwood Elementary and Kenwood Station, followed. Numerous retail and commercial businesses moved into Crestwood to support the increased development boom.

As Crestwood continued to be developed through this decade, one thing is clear, it is one of the most desirable communities to live in Oldham County and the Commonwealth of Kentucky. In 2005, Crestwood was ranked 52nd overall on a CNNMoney.com survey for “The Best Places to Live”. This was the highest ranking given to any city in the state of Kentucky. Crestwood is a community oriented, friendly city. In 2005, the City of Crestwood purchased 22 acres on Highway 22 for the creation of a community park. After years of planning, The Maples Park opened to the public in 2017 with great success. This first phase included infrastructure such as a restroom, existing building exterior improvements, parking, and lighting as well as lovely paved walking paths and mulch trails throughout the majestic, historic farm property. In early 2020, construction was completed to add a playground, a sprayground, shade pavilion, and a community event space, called the Dennis Deibel Barn, to the park.  The City’s Commission meetings now take place in the Dennis Deibel Barn. In late 2019, the City won the opportunity to temporarily house the County courts in the newly purchased former IGA grocery property in downtown Crestwood. In early 2021, the renovations to the former grocery were completed and services began in February of 2021. The courts will remain in Crestwood until the completion of the renovation of the historic La Grange courthouse in approximately 2 years.

Harrod’s Creek Baptist Church in Brownsboro was officially constituted as a church in 1797. Under the leadership of preacher William Keller, the stone church was built in 1822 and is considered to be the oldest in Oldham County. Historically, churches were named after the nearest creek. 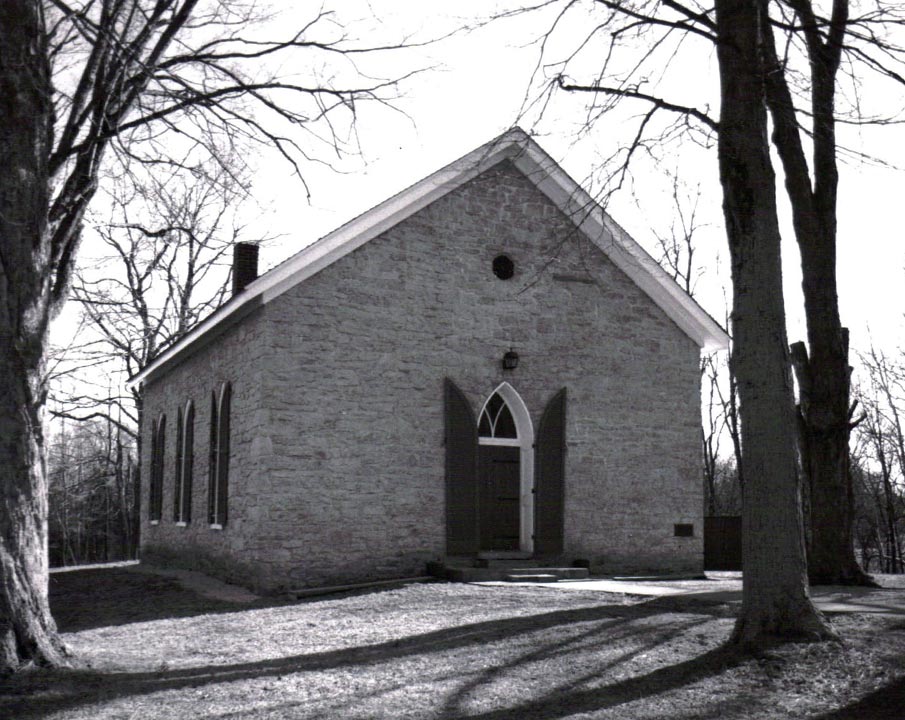 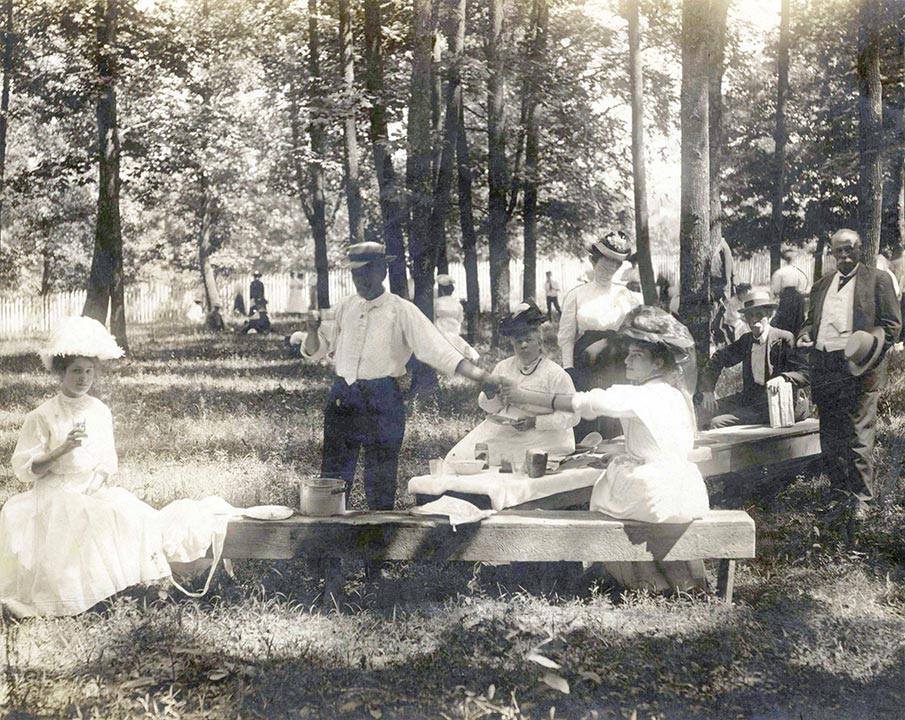 Picnicking at Camp Kavanaugh in Beard (Crestwood) circa 1900. The campground, created by Bishop H.H. Kavanaugh, was used for religious purposes and for refreshment, both spiritually and physically. Cottages nestled in the forest on land affectionately referred to as ‘Holy Ground’.

Waldeck Mansion, on Highway 22 in Crestwood, was built in 1888 by Karl Jungbluth, a German businessman and gentleman farmer. It is believed that construction of this 8,500 square foot mansion spanned for five years and now provides a picturesque setting for events. 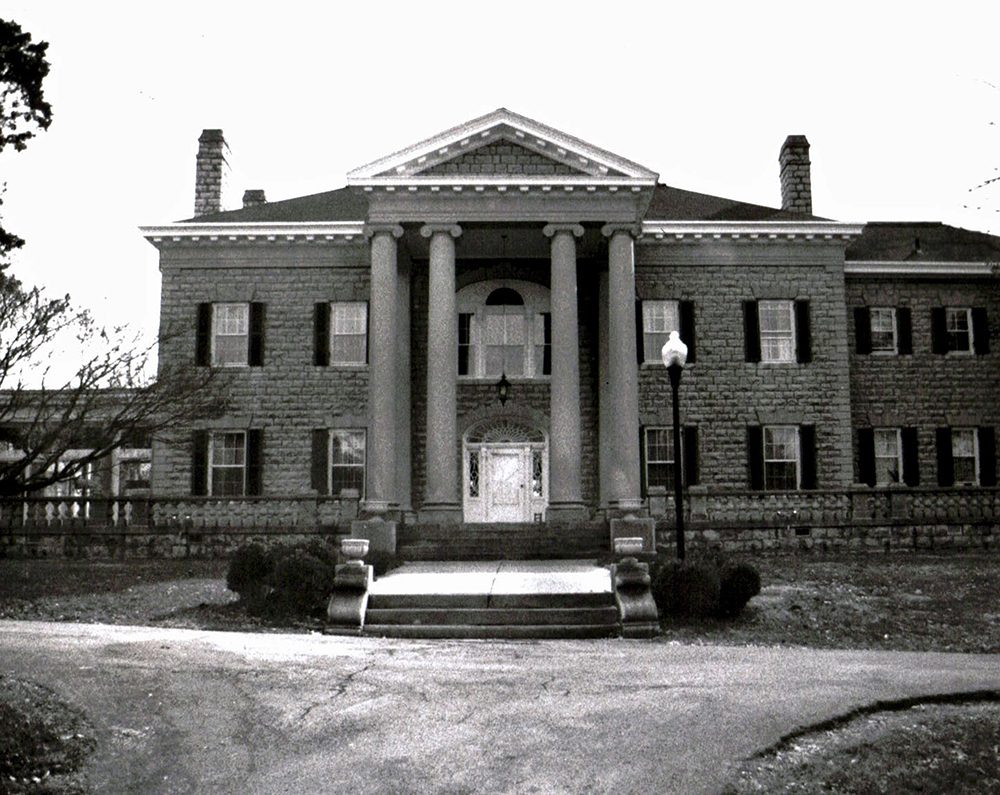 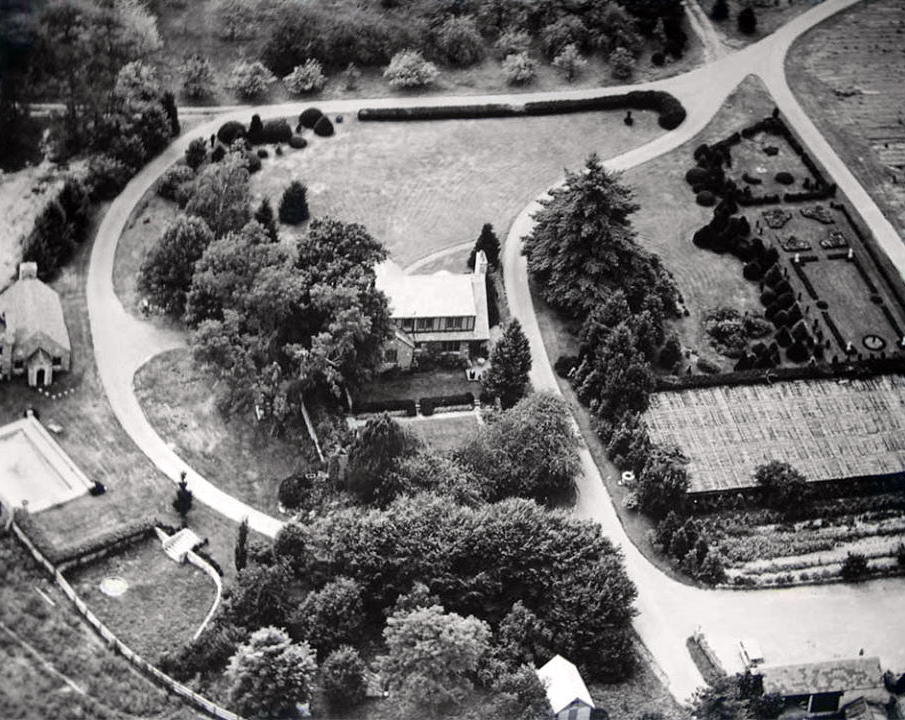 Duncan Memorial Chapel, located in the historic Floydsburg Cemetery, was built by Mr. Alexander Duncan in 1936-37 as a memorial to his wife. It is one of the oldest cemeteries in the state and began with the Boulware family burial ground as early as 1774. The chapel is a popular wedding venue.